The History of PRS guitars!

We have many PRS guitars available on our website, and so thought it was about time we explained a little about the history of Paul Reed Smith and he came about creating some of the most visually stunning guitars. 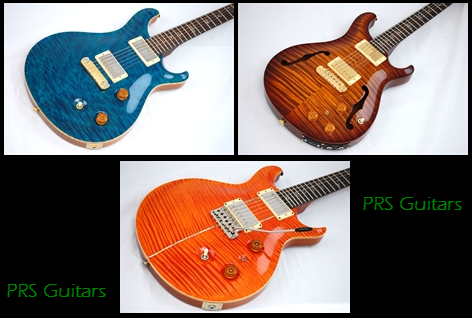 PRS was founded in 1985, so the guitars are not exactly vintage items, but they are still very collectible. The Guitars are still considered as the newbie when comes to Guitar Brands among the big players as it is one of the most latest and current brands to be founded.

With the more traditional brand Martin being founded in 1833, the Gibson in 1894 and the Fender solid-body electric guitar which made its first appearance in the 1950’s, already on the market; it’s safe to say after being created in the mid 80’s, PRS were the fresh talent to hit the shops. 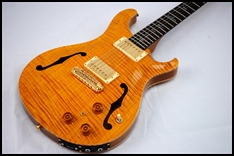 Paul Reed Smith’s Guitars were founded a decade after Taylor who started creating Guitars in 1974. The first we heard about PRS branded guitars was in 1985, even though Paul had been making six-stringed instruments way before that, in his spare time whilst in college.

To earn money Paul would play his college creations with small local bands, but of course the pay was not the best and so whenever a big name act would come to town he would try and work the audience to attract one of his guitar heroes.

Carlos Santana gave Paul his break in 1976 because he liked the guitar he created for Peter Frampton. Carlos introduced Paul to Ted McCarty, who was the president of Gibson at the time. It wasn’t long before PRS guitars had artist followers like Neil Schon and Dave Navarro, with Smith being under the guidance of McCarty. The PRS Guitar become increasingly popular because of their physical look, they are stunning to look at. They have been created from woods such as quilted and curly maple, korina and swamp ash. The PRS fretboards are made from snakewood, ebony, and sometimes rosewood. They are often inlaid with abalone, onyx even mother of pearl. The finishes include a variety of “bursts” such as charcoal and tobacco, and eye-popping colours like aquamarine, raspberry, and emerald.

So now you know a bit more about the founding of the PRS Guitar, why not look at what our collection has to offer- http://www.nicheguitars.com/prs-electric-guitars.
Posted by Niche Guitars at 08:38